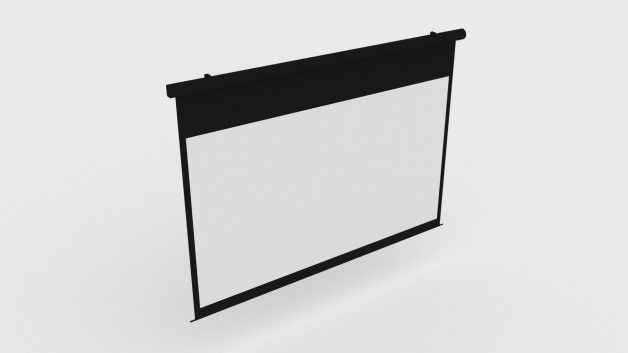 A projection screen is an installation consisting of a surface and a support structure used for displaying a projected image for the view of an audience. Projection screens may be permanently installed, as in a movie theater; painted on the wall; or portable with tripod or floor rising models as in a conference room or other non-dedicated viewing space. Another popular type of portable screens are inflatable screens for outdoor movie screening (open air cinema). Uniformly white or grey screens are used almost exclusively as to avoid any discoloration to the image, while the most desired brightness of the screen depends on a number of variables, such as the ambient light level and the luminous power of the image source. Flat or curved screens may be used depending on the optics used to project the image and the desired geometrical accuracy of the image production, flat screens being the more common of the two. Screens can be further designed for front or back projection, the more common being front projection systems, which have the image source situated on the same side of the screen as the audience. Different markets exist for screens targeted for use with digital projectors, movie projectors, overhead projectors and slide projectors, although the basic idea for each of them is very much the same: front projection screens work on diffusely reflecting the light projected on to them, whereas back projection screens work by diffusely transmitting the light through them.