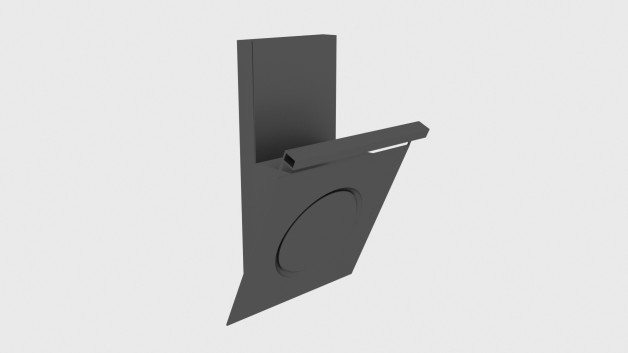 A kitchen hood, exhaust hood, or range hood is a device containing a mechanical fan that hangs above the stove or cooktop in the kitchen. It removes airborne grease, combustion products, fumes, smoke, heat, and steam from the air by evacuation of the air and filtration. In commercial kitchens exhaust hoods are often used in combination with fire suppression devices so that fumes from a grease fire are properly vented and the fire is put out quickly. Commercial vent hoods may also be combined with a fresh air fan that draws in exterior air, circulating it with the cooking fumes, which is then drawn out by the hood. In most exhaust hoods, a filtration system removes grease (the grease trap) and other particles. Although many vent hoods exhaust air to the outside, some recirculate the air to the kitchen. In a recirculating system, filters may be used to remove odors in addition to the grease. The device is known as an extractor hood in the United Kingdom and Singapore, as a range hood in Canada and the United States, and as a rangehood in Australia and New Zealand. It is also called a kitchen hood, stove hood, exhaust hood, cooker hood, vent hood, or ventilation hood. Other names include cooking canopy, extractor fan, fume extractor, and electric chimney.