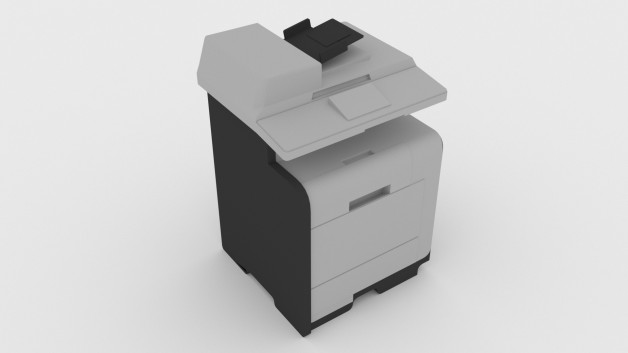 A photocopier (also known as a copier or copy machine, and formerly a Xerox Machine) is a machine that makes copies of documents and other visual images onto paper or plastic film quickly and cheaply. Most modern photocopiers use a technology called xerography, a dry process that uses electrostatic charges on a light-sensitive photoreceptor to first attract and then transfer toner particles (a powder) onto paper in the form of an image. The toner is then fused onto the paper using heat, pressure, or a combination of both. Copiers can also use other technologies, such as ink jet, but xerography is standard for office copying. Commercial xerographic office photocopying was introduced by Xerox in 1959, and it gradually replaced copies made by Verifax, Photostat, carbon paper, mimeograph machines, and other duplicating machines. Photocopying is widely used in the business, education, and government sectors. While there have been predictions that photocopiers will eventually become obsolete as information workers increase their use of digital document creation, storage and distribution, and rely less on distributing actual pieces of paper, as of 2015, photocopiers continue to be widely used. During the 1980s, a convergence began in some high-end machines towards what came to be called a multi-function printer: a device that combined the roles of a photocopier, a fax machine, a scanner, and a computer network-connected printer. Low-end machines that can copy and print in color have increasingly dominated the home-office market as their prices fell steadily during the 1990s. High-end color photocopiers capable of handling heavy duty cycles and large-format printing remain a costly option found primarily in print and design shops.